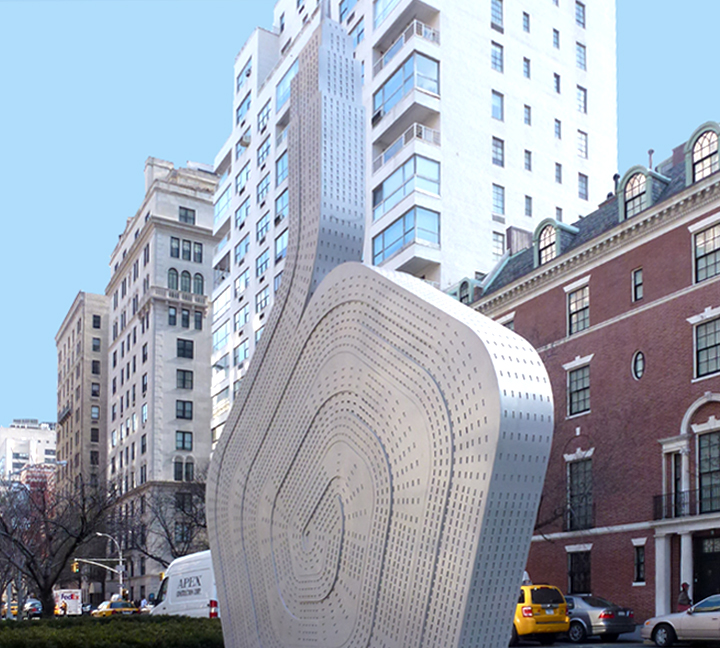 Monumental sculptures of iconic New York City buildings are on display along the Park Avenue Mall in No Limits, Alexandre Arrechea’s inaugural NYC public art exhibition. The exhibit runs from March 1 through June 9, 2013.

The art is meant to create a dialogue with the public that raises questions of control, power, surveillance and one’s role within these categories. Arrechea said, "I believe the same way that a building is exposed to daily elements and changes – cold, heat, rain, fog – it is also exposed to constant changes in function – increases and decreases in market value, tenant use, and therefore purpose and social value. These persistent modifications are something I want to capture and embody in my work, creating a new model in constant negotiation with its surroundings." 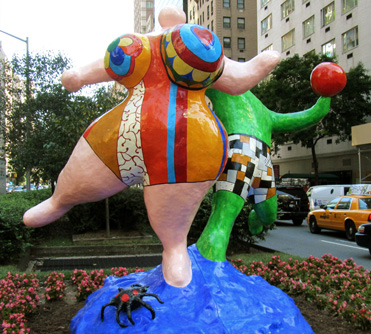 Now through November 15, nine sculptures by artist-sculptor Niki de Saint Phalle are on view on the Park Avenue Mall, from 52nd Street to 60th Street. The occasion—really the celebration—is the 10th anniversary of Saint Phalle’s death.

The generously sized figures include some of Saint Phalle’s most well known pieces of work. The monumental sculptures are made of polyester resin, with mosaics of ceramic, mirror and stained glass, towering as high as 16 feet and as wide as 13 feet. The exhibit will feature Saint Phalle’s signature nanas and totems, as well as works from her iconic Black Heroes Series depicting legendary jazz musicians and athletes.

Saint Phalle, who began her career as an artist in the 1950’s, was awarded in 2000 the 12th Praemium Imperial Prize in Japan, is considered to be the equivalent to the Nobel Prize in the art world. Born in 1930 in Neuilly Sur Seine, Saint Phalle died in 2002 at the age of 71 in La Jolla, California. 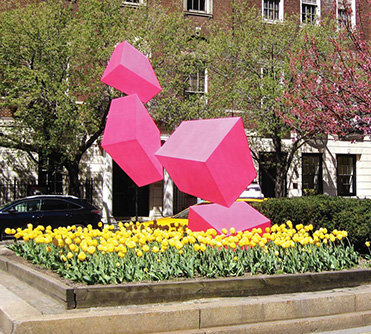 The works, each one weighing about 2,200 pounds and standing more than 20 feet tall, will be installed from 51st to 67th street starting Saturday, organizers said. They’ll be up until June 30.

“I feel very proud and happy that we were able to do this project,” said the 64-year old artist.

“This shows that Latin American art is beginning to have an international impact,” Barrios told The Associated Press by telephone from Miami.

The sculpture installation is a project by the Fund for Park Avenue, the Park Avenue Malls and the city’s Department of Parks and Recreation, which every year chooses an artist’s work to showcase along the stately avenue.